Congratulations to Jay Chong and Collin Wagstaff, long-time Express players, who will be representing Chico State and Cal State San Marcos in the fall!

Jay Chong is heading to Chico State to play for the Wildcats in NCAA Div 2.  Jay is an accomplished goal scorer and captained the Boys 1999 team to a strong season competing in the SCDSL top flight and California Regional League.  The Express B99 team was a very competitive group and a flagship team for Express.  With a first-place finish in SCDSL Europa division and a Nomads Flight 1 championship, the boys had a good run beating some of SoCal’s strongest teams along the way.

Jay was also a valued member and captain of the La Costa Canyon High School team that competed in this season’s CIF championship game after beating an undefeated Torrey Pines team in the semifinal.  Jay is striving to be a starting player in his freshman year at Chico State.  He was heavily recruited by many schools but Chico 's strong footballing culture, under the tutelage of respected head coach Felipe Restrepo, was too attractive and became his obvious choice.

Collin Wagstaff is staying close to his roots and heading to Cal State San Marcos. The Cougars are competing at the NCAA Div 2 and have become a very strong program over the past few seasons.  Collin attracted a lot of interest from several schools that also compete in the same division as Cal State.  The attraction of staying close to home was too good for Collin as he has been a very respected and admired figure within the San Diego soccer community.  As a captain of both La Costa Canyon High School and the Express Boys 1999 team, Colin has shown his true leadership qualities along with tremendous work ethic and competitive drive.  His role as a center midfielder requires these attributes and he excelled at controlling many high-level games over the past few seasons.

I am so proud of both of these guys as they have been outstanding leaders for the Boys 1999 team and outstanding young men.  Their passage into collegiate athletics at a high standard is the natural progression for both of them and I look forward to seeing their continued success in the years to come.

Encinitas Express thanks both players for their commitment and contribution to our soccer family.  They will be remembered for years to come and truly missed on the field! 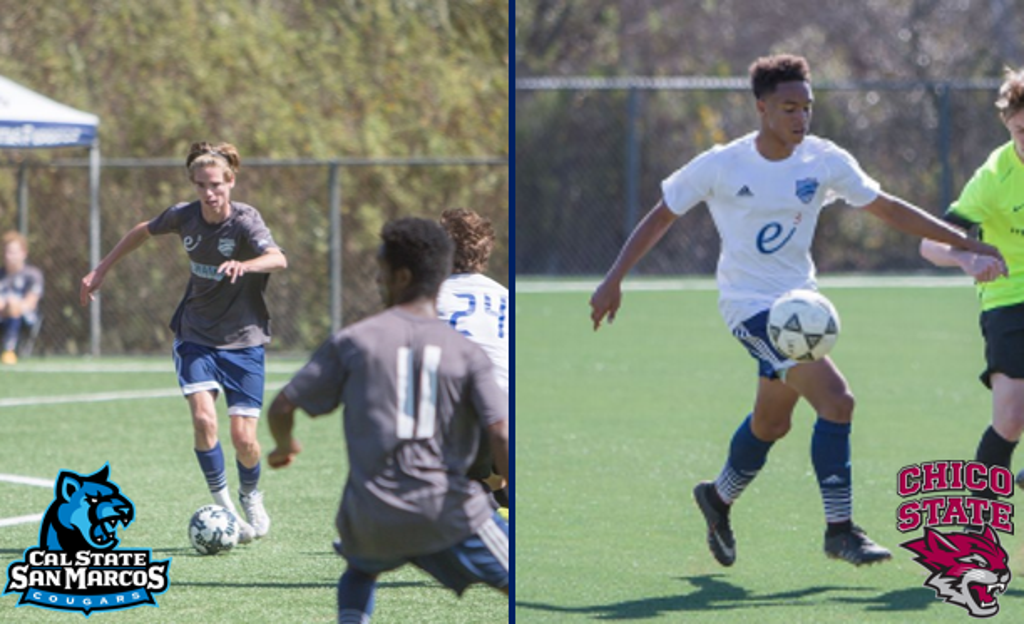